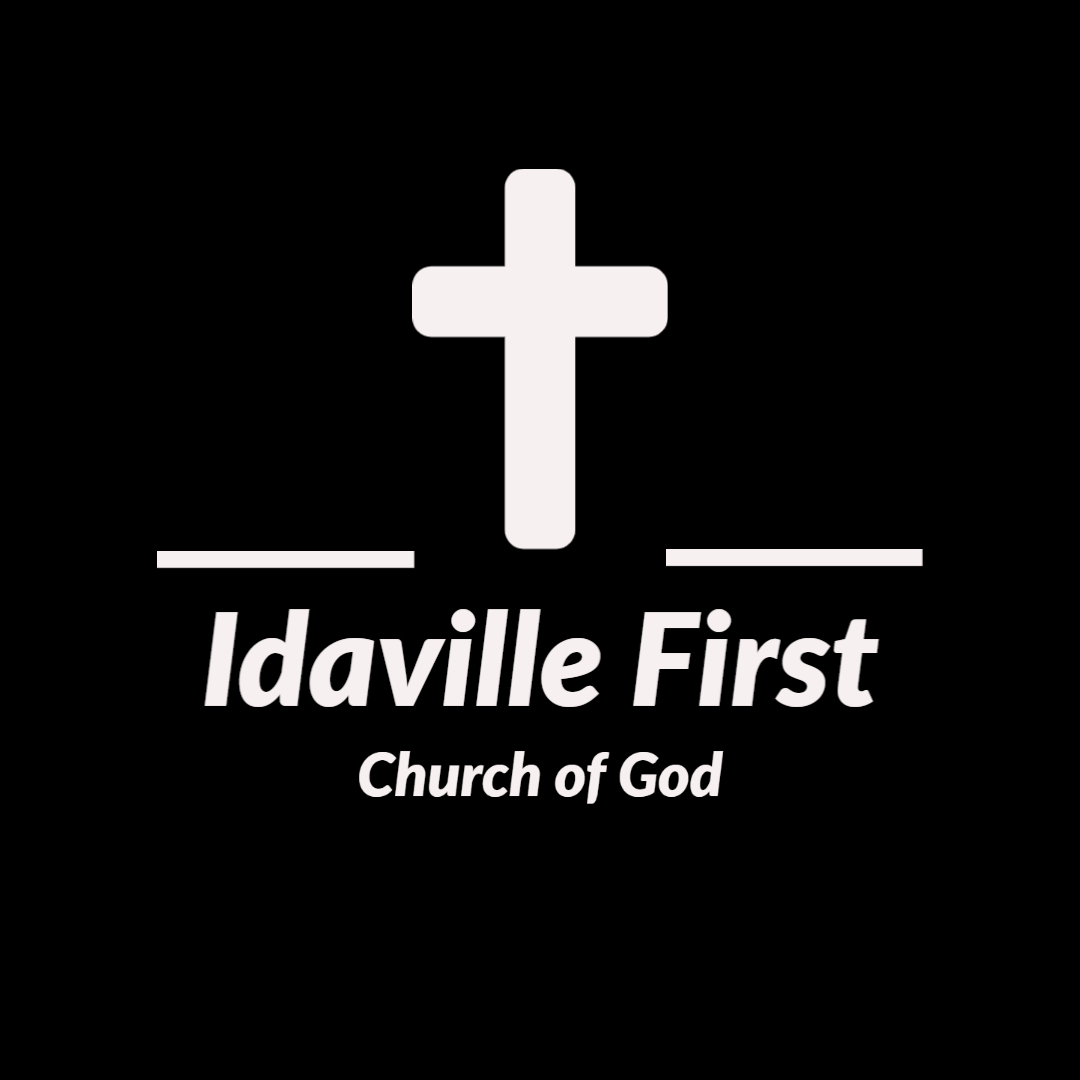 When I first visited the church that I now pastor, I had told them that there were 10 things that I believed we would need to do in order for us as a congregation to unify ourselves with God’s will for this congregation and our work in this community and the world. You’ll find those in my last message, Guide our Steps.

The very first thing I said that we would need to do was unite ourselves in prayer. That prayer should be our first response, not our last option. Far too often we reach out in faith to God last, instead of submitting to his will first.

In my life, I have struggled with prayer, and maybe you have too. As some of you know, my oldest son is multiply disabled. I have very well-meaning people ask to pray over him and say, he’ll be healed; when he wasn’t it would rock my faith at times. Well, if you were so sure he would be healed, is my faith lacking so he wasn’t? Or, did you take God’s name, his identity, in vain and trying to pray according to a will that was not in line with God’s. If so, why doesn’t God want my son to be healed?

We ask him for all the things we want, instead of being grateful for him meeting our needs. We go to God as if he is a vending machine, we insert our magic coin, make our selections by telling him everything we want, push the AMEN button, and expect everything we asked for to come out. Or we treat God as a genie in a bottle… We rub the magic prayer lamp, tell God what we wish for, a better car, a bigger house, the billion-dollar lotto jackpot, whatever it might be, and expect Poof, there it is.

Or maybe we just get frustrated with God. God, you tell us to pray and you’ll give us whatever we want, right? Mark 11:24 says, “whatever you pray and ask for, believe that you have received it, and it will be yours.” Matthew 21:22 says, “And whatever you ask in prayer, if you believe, you will receive.” John 16:23 says, “At that time you will ask me nothing. I tell you the solemn truth, whatever you ask the Father in my name he will give you.”

Outside of the greater context of scripture, we can get really drawn in with these ‘promises,’ it is the idea of believe it and receive it. We can even be really well-meaning with this, I believe I will be healed of this injury, I believe she will be healed of this illness, I believe I will have these resources to start this ministry… And then we ask God in frustration, why didn’t you heal me, or her, or give me this so I can do that, it’s all for your glory and kingdom…why God?

We get into trouble and pray what we call ‘foxhole’ prayers. “God, the bullets are flying over my head, please save me from this distress.” And we bargain, “God, I promise I will give my church 20% instead of 10% for a tithe if you’ll let me win the 20-million-dollar jackpot, think how much ministry we could do.”

Speaking of prayer, I heard something new this week… Dial-a-prayer for atheists! Apparently, when you call, it rings and rings, and no one answers.

Second to our salvation, the most important part of our relationship with God is our prayer life… From the beginning of time, God has been trying to commune with his creation. He takes great join from being able to have a relationship with us. So much so, he sent his one and only Son, Jesus, to die as an atoning sacrifice to cover our multitude of sins with his Son’s righteousness. Added to that, he gives us his indwelling Holy Spirit so that he can be in the closest possible fellowship with us, living within us… Yet, we commonly neglect talking with, fellowshipping with, communing with our Father in heaven.

We do so, even though we have a hotline to heaven, a red phone in the corner that is a direct dial to the throne room, far better than Commissioner Gordon’s batphone…! We have the indwelling Holy Spirit. Paul tells us,

In the same way, the Spirit helps us in our weakness, for we do not know how we should pray, but the Spirit himself intercedes for us with inexpressible groanings.

And he who searches our hearts knows the mind of the Spirit, because the Spirit intercedes on behalf of the saints according to God’s will.

This issue is so important, in CS Lewis’ The Screwtape Letters, Uncle Screwtape writes this to his nephew, the young tempter, Wormwood…

“Whenever they are attending to the Enemy Himself, we are defeated, but there are ways of preventing them from doing so.  The simplest is to turn their gaze away from Him towards themselves.  Keep them watching their own minds and trying to produce feelings there by their own wills.  When they meant to ask Him for charity, let them instead start trying to manufacture charitable feelings for themselves and not notice that this is what they are doing.  When they meant to pray for courage, let them really be trying to feel brave.  When they say they are praying for forgiveness, let them be trying to feel forgiven.  Teach them to estimate the value of each prayer by their success in producing the desired feeling…”

Jesus taught on this subject himself in a very famous passage of Scripture. And, yet, we still missed the point… He said,

“Whenever you pray, do not be like the hypocrites, because they love to pray while standing in synagogues and on street corners so that people can see them. Truly I say to you, they have their reward. But whenever you pray, go into your room, close the door, and pray to your Father in secret. And your Father, who sees in secret, will reward you.  When you pray, do not babble repetitiously like the Gentiles, because they think that by their many words they will be heard. Do not be like them, for your Father knows what you need before you ask him.

In the following verses, comes what we know as the “Lord’s Prayer”, which is meant to be a template for how to pray that he gave to his disciples, but in our humanity, we turned it into another thing to mindlessly recite… he just finished telling us not to do that, not ‘babbling repetitiously’. He was trying to give us a pattern for how to start a conversation with God.

God wants a relationship with us. He is not a celestial vending machine we plug our prayer quarters into and make our selections of what we want. He is not a genie in a bottle waiting for us to rub the prayer lamp to grant our next wish. He is a heavenly Father with a deep desire for a relationship with his kids. He wants us to pick up the phone and call him frequently. He does want to meet our needs, but what Father only wants a call from their kids only when they want something???

Paul tells us the cure for anxiety is prayer…

Do not be anxious about anything. Instead, in every situation, through prayer and petition with thanksgiving, tell your requests to God. And the peace of God that surpasses all understanding will guard your hearts and minds in Christ Jesus.

James the brother of Jesus, who was know as James the camel kneed, because his knees were so callused from constant prayer tells us,

So confess your sins to one another and pray for one another so that you may be healed. The prayer of a righteous person has great effectiveness.

Jesus even tells us later in his Sermon on the Mount, after introducing the template for prayer…

“You have heard that it was said, ‘Love your neighbor’ and ‘hate your enemy.’ But I say to you, love your enemy and pray for those who persecute you, so that you may be like your Father in heaven, since he causes the sun to rise on the evil and the good, and sends rain on the righteous and the unrighteous.

Pray for those who persecute us…? Whoa Jesus, you’re going a little too far there, are you? But, I was told a long, long time ago, that if I had a resentment against an individual, I should pray all the blessings I would want for myself for them instead… doing so, my resentments quickly melt away and Scripture says in Romans 12:20,

“Rather, if your enemy is hungry, feed him; if he is thirsty, give him a drink; for in doing this you will be heaping burning coals on his head.”

Don’t get me wrong, that isn’t why I am praying blessings for them, because earlier in the passage it says in verse 18, “if possible, so far as it depends on you, live peaceably with all people.” But, some people are obviously much easier to live peaceably with than others, if we are truly honest… so, by praying for those people, I can deal with those EGR’s, remember those Extra Grace Required people, in a much more patient and loving way, than if I were not…

The point is, if we are to grow spiritually, have a vibrant and fulfilling faith, and have a true relationship with our heavenly Father through his Son, Jesus, we need to be deeply in touch with him in prayer through the Holy Spirit that is right here, in us, all the time! When we pray, we also need to take time to listen, he will answer, through intuition, through other people, through signs, through his Word, through peace that surpasses all understanding, through healing, through all sorts of other ways, if we are praying according to his will. And, as Romans 8:26-27 says, the Spirit will express his will in prayer through us in ways we can not express for ourselves, and he knows all our needs… we just need to pray!

It all begins with our prayer of confession and repentance, turning our lives over to the care of God through the sacrifice of Jesus… that prayer can create or restore our fellowship with our Creator and our Father.

I want to pray Psalm 130 over you, but I am taking liberty to substitute the Church for Israel…

‘From the deep water I cry out to you, O Lord. O Lord listen to me! Pay attention to my plea for mercy! If you, O Lord, were to keep track of sins, O Lord, who could stand before you? But you are willing to forgive, so that you might be honored. I rely on the Lord, I rely on him with my whole being; I wait for his assuring word. I yearn for the Lord, more than watchmen do for the morning, yes, more than watchmen do for the morning. O Church hope in the Lord, for the Lord exhibits loyal love, and is more than willing to deliver. He will deliver the Church from all the consequences of their sins.’